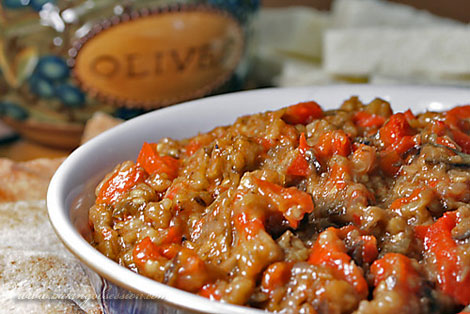 The quantities of the ingredients listed below are for guidance only. You can change the proportions according to your taste. If you favor the bell peppers, increase their amount. Or throw in another eggplant, if an aubergine is your thing. Serve this alongside other Mediterranean specialties: Greek olives, feta cheese, pita bread.