Some Like It Hot: Fig and Chile Chocolate Cake with Cinnamon Ice Cream 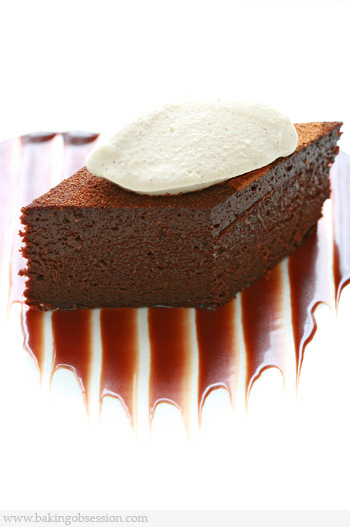 For me, it’s like heaven on earth. I’m mad about spicy chocolate; Dagoba’s “Xocolatl” is my all time favorite bar. And this cake is my favorite flourless chocolate cake. It’s spiced just enough (you won’t burn your palate, don’t worry). The texture is reminiscent of dense chocolate mousse. And I love this light crunch the figs give to the cake.

With Valentine’s Day just around the corner it might be just a thing to serve. Let me put it this way… if you are looking forward to a marriage proposal, make the cake. It will definitely facilitate the event. Make the ice cream to go with the cake, and I can guarantee you a happy family life (at least for a year, then… repeat the cake).

Grace from “A Southern Grace”, with whom I share my love to spicy food and cinnamon, is hosting a wonderful event this month – “Cinnamon Celebration”. Since this dessert has plenty of cinnamon it goes right there.

Makes one 9-inch round cake, very rich one (at least 16 servings) and about 1 quart of ice cream

book, who got it from a winner of some baking contest Lora was judging.

For the ice cream:

The ice cream actually has more cinnamon-ish tint; I was shooting against a window, so it seems somewhat lighter.

Center an oven rack and preheat the oven to 425F. Generously butter a 9-inch springform pan. Line the bottom of the pan with a circle of parchment paper. Dust with flour, knocking out the excess. Wrap the exterior of the pan securely with a double layer of heavy-duty aluminum foil to prevent leaks. Have ready a kettle of hot water and a large roasting pan lined with a dish towel.

Place the chile on a small baking sheet and put it in the preheated oven for a minute or two, until it’s softened. Don’t let it stay in too long, or it will become crisp and unusable. Remove the chile from the oven and remove the stem and seeds. Maintain the oven temperature.

Place the chile, figs, brown sugar, salt, and 1 tbsp of the vanilla in a medium saucepan and add the water. Bring the mixture to a simmer over medium heat, and cook until the figs are very soft, and water is mostly absorbed/evaporated, about 15 minutes. Puree the mixture in the food processor or blender until smooth. You should get about ¾ cup to 1 cup of the puree. Transfer to a small bowl and set aside.

Place the eggs in the bowl of the stand mixer. Set the bowl in the skillet with hot water. Whisk constantly until the eggs are warm to the touch. Place the bowl onto the base of the stand mixer and whip the eggs with the wire attachment on medium-high speed until they have tripled in volume, about 8 minutes (longer, if you are using a hand-held mixer). Using a large rubber spatula, fold about one-third of the eggs into the chocolate-fig mixture. When the eggs are just incorporated, fold in the rest of the whipped eggs. Pour the batter into the prepared pan. Place the springform pan into the roasting pan. Put the roasting pan onto the oven rack, and carefully fill the roasting pan with very hot water, so the water comes about halfway up the sides of the springform. Bake the cake for 15 minutes, then cover loosely with foil (the foil shouldn’t touch the top of the cake) and bake for another 10 minutes. At this point the cake will appear quite loose, only about 1-inch border near the side of the pan will look set. Remove the cake from the water bath, remove the foil, and place the cake pan on a wire rack to cool completely. When the cake is cool, cover the pan tightly with plastic wrap, and refrigerate for at least 3 hours, better – overnight.

To unmold the cake, wipe the outside of the springform pan with a hot towel. Remove the sides, invert the cake onto a plate, and remove the pan base and the parchment paper (its not necessary to invert the cake again). 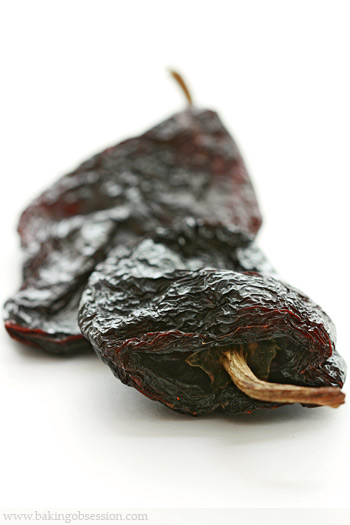 In a large heavy saucepan, combine the half-and-half, ¼ cup of the sugar, cinnamon sticks, vanilla bean (first, split it lengthwise and scrape the seeds into the pot), and ground cinnamon. Heat over medium heat to a boiling point. Remove from the heat, cover and let steep for 30 minutes.

In a bowl, whisk the egg yolks, remaining ¼ cup of the sugar, and the salt to combine well. Very gradually, in a thin stream, whisk in the hot half-and-half. Return the egg yolk mixture into the saucepan. Cook the custard over medium-low heat for about 15 minutes, stirring constantly with a wooden spoon, until the custard coats the back of the spoon. Quickly strain the custard into a large bowl set over the ice water. Add the whipping cream and whisk to incorporate. Cool, whisking often. Chill, covered, in the fridge for at least 4 hours, better – overnight.

Right before processing, whisk the custard energetically to aerate the mixture. Freeze in the ice cream maker. Transfer to containers, cover, and freeze to firm up.