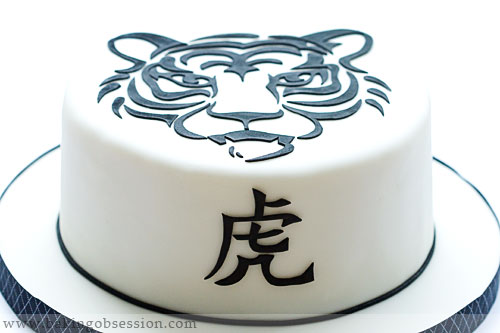 Sorry, this is not the post I promised. I still don’t have time for a lengthy post. I’ve been doing a lot of cake decorating lately. It’s a time consuming but also a quite satisfying activity. This particular one was made for a boy (a young man, I should probably say) turning his twenty. I was told he’s into martial arts and graphics. His nick name is Tiger, and that’s an animal I was supposed to represent in a cake-form somehow. Since the birthday boy already passed the Winnie the Pooh age (pity… I love Tigger), I had to find more of an adult-oriented solution. This fondant appliqué took me longer than I expected due to the curvy shapes. Well, live and learn… The hieroglyph on the side means “tiger” in Chinese Characters (I think a Japanese character with the same meaning is very similar to it). I thought it would be appropriate considering the boy’s interest in martial arts. I tried to copy the symbol precisely (I know you have to be careful with Asian letterings); I just hope it didn’t get misspelled during the process.

Under the fondant was a Devil’s chocolate cake filled with strawberry jam and bittersweet sourcream ganache. 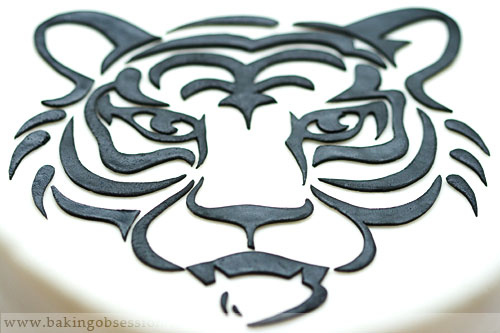